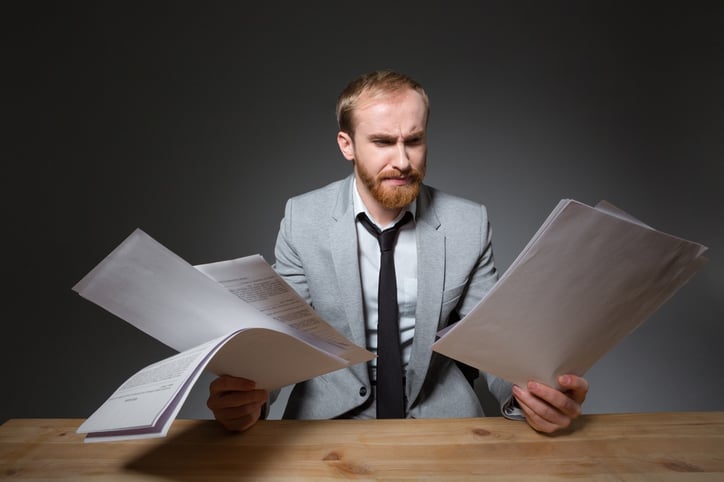 Every so often, the IRS itself is audited to make sure it’s following all the rules, regulations, and laws effectively and efficiently. Most businesses should do something similar to make sure nothing falls through the cracks. But when it’s the IRS, the results of resolving an audit issue can have ripple effects.

The Office of the Treasury General for Tax Administration is responsible for auditing the IRS and recently released its 2020 Annual Audit Plan, enumerating all the audit items that need investigation and correction. As the agency works its way through the plan, expect changes to the way your taxes are handled.

Here are a few audit findings that may cause you more work in future tax seasons. It’s safe to say that the audit issues of most interest are those that increase the amount of taxes you pay.

It sounds like the IRS is supposed to make it easier to provide relief, but this audit item actually means the opposite. The IRS already has a process in place for relieving certain taxpayers from penalties for taking early distributions from their IRAs. The audit item says the agency needs to take a closer look at its Automated Underreporter Program.

The concern is that the program is not identifying and working the most productive (for the federal government) cases where taxpayers may owe an additional 10% tax on those early withdrawals. It seems the IRS might be missing out on some taxes because of an inefficient process.

If you took early distributions from your IRA, you and your tax professional might want to revisit the categories of those who receive relief, just to make sure there is an ironclad fit. Otherwise, you may owe more to Uncle Sam.

Virtual currency, such as Bitcoin and other digital money, is going under the microscope. Audit number 201830034: virtual currency exchange audits requires evaluation of the IRS efforts to ensure accurate reporting of virtual currency transactions as required by the US Tax Code (specifically, Titles 26 and 31).

A key issue with virtual currency and taxes is the lack of understanding of how the federal government defines a virtual currency. Just so you know, it isn’t seen as identical to cash. Instead, it is treated more like stocks. Whenever you spend or exchange virtual currency, you must keep a record of any profit or loss created during each transaction.

The IRS is sending what are termed “educational letters” to taxpayers that it determines may not have reported their transactions or else misreported them. Soon, the agency will step-up its enforcement efforts in this space, which may include criminal prosecutions.

Tracking profit and loss becomes difficult if you do not have the appropriate record of the purchase price for your virtual currency and a well-defined valuation of each item purchased with the virtual currency.

If you have any doubts, go back and check your files now. If the current IRS process is found deficient, a new process could capture data that shows virtual currency users owe the feds more than expected. Check the IRS Notice 2014-21, which explains that virtual currency is property, not currency in the eyes of the US government.

Accuracy of Taxpayer Entries on Tax Return Lines Labeled as “Other”

It seems that the Deputy Inspector General thinks the category labeled “other” on various tax forms is ripe for misuse. Audit number 202040002 focuses on determining whether letting taxpayers (or their tax professionals) enter deductions or tax credits without defining them may result in erroneous or fraudulent refunds.

Apparently, the Office of the Treasury General thinks we may be swimming in earned income tax credit fraud. Audit number 201930012 is to determine the effectiveness of the IRS's Earned Income Tax Credit Examination Strategy.

Earned Income Tax Credit is a program for low to moderate-income workers. Kudos go to the IRS for supplying tools and guidance to make it easy to determine who is eligible for the tax credit. Still, there may be those who claimed it that shouldn’t have. Be sure you aren’t one of them.

After picking on the little people, the audit plan turns its attention to the Big Fish of tax avoidance. Audit numbers 201830036 and 201830037 both task the IRS to prove that they are effectively addressing high-income/high-wealth nonfilers and that the new nonfiler strategy and other processes include these individuals or entities.

Those who earn a lot of money yet do not file taxes, or if they do file but don’t pay, are a definite concern of the IRS. The Treasury General wants to know whether the agency is doing enough and doing it effectively. Who knows how much Uncle Sam is losing out to these rich people?

If you are a follower of the Peter Hendrickson school of tax non-compliance, this item (audit number 202030002), you may come under increased IRS scrutiny. The US Government isn’t taking the Cracking the Code author’s aspirations lying down.

Data that shows assessments could be made more effective means more fraudulent refunds could be uncovered. If you have been a compliant taxpayer, no harm, no foul. If you have been trying to find ways to get a bigger refund and colored outside the lines, you may be in trouble.

The fiscal year 2020 list of planned audits is lengthy. Some of it addresses crucial elements of taxpayer privacy and security, a number-one concern of the IRS. However, much of it has to do with finding ways to tighten up enforcement of tax law. You can almost feel sorry for the federal taxing agency. It's had its budget cut like everything else. Yet, the employees are expected to administer and enforce the changes in tax law efficiently.

Still, for 2020, make sure you and your tax professional keep an eye on the outcome of these audits. If you have questions, give Top Tax Defenders a call.