The Unintended Consequences of the TCJA on Offshore Business Earnings 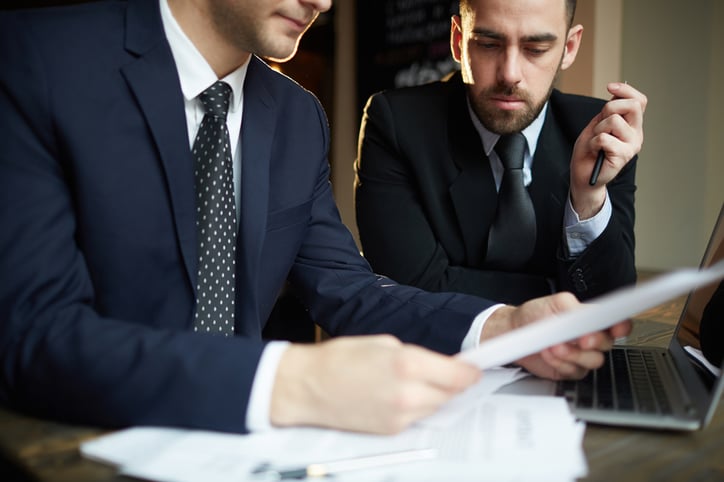 Holding profits in offshore tax havens isn’t a new thing. Any time a business or individual can find a way to lower taxes, they will do it. When those profits are kept outside of the US, they aren’t available or used to invest in the business. They just sit there.

With the idea of coaxing corporations to repatriate their foreign profits, the Tax Cuts and Jobs Act lowered the tax on these profits to a one-time rate of 15.5% on cash and 8% on other assets.

Oh, and the corporate tax rate was reset from 35% down to 21%. Businesses have taken advantage of the reduced tax, but the repatriated profits aren't as much as advertised, and companies aren't using those profits the way the government imagined.

Instead of increased investment in assets and operations, many corporations have plowed the money into stock buybacks and, to a lesser extent, to pay down debt. So far, it's difficult to see any increase in business investment tied to repatriated profits because those investments were trending upward already before the new tax law took effect.

So, what happened? Let’s look at how offshore profits were taxed before and after the sweeping tax changes of the TCJA, and the reports coming out of various groups such as the Institute on Taxation and Economic Policy.

In the Old Days…

Before the TCJA went into effect, American businesses paid US taxes on profits regardless of where in the world the profits were earned. The catch was that those taxes could be deferred until the profits were brought back into the US or “repatriated.”

On top of that, the tax rate for repatriated profits was a prohibitive (in competitive terms) 35%. One-third of the profits were taken by the federal government, something almost everyone tries to prevent, even though we understand the taxes pay for government services.

Now, if you could keep from paying taxes on something by leaving it where it is, wouldn't you? So would corporations and that's precisely what they did. A huge percentage of profits earned and kept offshore never came back to the US.

The Tax Cuts and Jobs Act attempted to get businesses to repatriate their profits by lowering the tax rate to a more palatable (although temporary) 8% to 15.5% and offering a few more tax breaks. Right now, the new law doesn’t appear to have the intended effect.

This isn’t to say that businesses haven’t taken advantage of the lower tax rate on profits brought into the US. They have. But the amount is significantly less than the federal government expected, and the profits are not being used to expand operations in the US or anywhere else.

Although the previous corporate tax rate was 35%, most businesses didn’t pay that much. Instead, they placed foreign earnings in offshore tax havens, received credits for research and development, and did other things like deducting the expense of stock options for executives.

As you can imagine, the effective tax rate was much lower. In many instances, some large corporations leaped through loopholes and gyrated through the complex tax code to reduce their tax bite to zero.

Now, according to PublicIntegrity.org, most of the old tax breaks are still in place but with a lower tax at 21%. The new law just made it easier to get to zero.

The actual amount of profits reshored in the US according to the Federal Reserve was about $777 billion in 2018.

CNBC reported the amount as around $665 billion, as reported by the Commerce Department.

Here is where the money went instead.

While reinvestment accounted for some profit expenditures, the trend toward such investment was already increasing before the new tax law hit. It's difficult to determine how much impact the tax law had in this case.

Companies have another issue with bringing home cash. Not all of their offshore earnings are parked in liquid US fixed-income securities. Some are held in non-liquid assets that are difficult or impossible to repatriate without converting them to cash.

Plus, the IRS Comes Calling

The IRS has placed companies on notice that if they owe taxes on overseas profits, Big Brother, or rather Uncle Sam, is watching.

The agency auditors are focusing closely on the levies companies owe on offshore earnings that have been out of the US since 1986. In addition, large corporations should expect higher scrutiny beyond a review of offshore profit tax levies.

According to reports from the Federal Reserve and others, repatriation amounts are much less than those predicted by the current administration. They certainly won't add up to $4 trillion. Also, repatriated profits are primarily used to buy back stock rather than investing in jobs and expansion in the US. Some of the earnings were used to pay down debt.

However, investors saw little of that cash in the form of increased dividends and, while investment in equipment and jobs is trending upward, the trend is continued from before the new tax law went into effect.

Speculation abounds that the lack of investment shows a lack of confidence that future policy changes will negate any advantages of the new tax law. Changing operations to reshore intangible assets, repatriate profits, and moving more operations back to US shores are difficult (and expensive) to reverse.