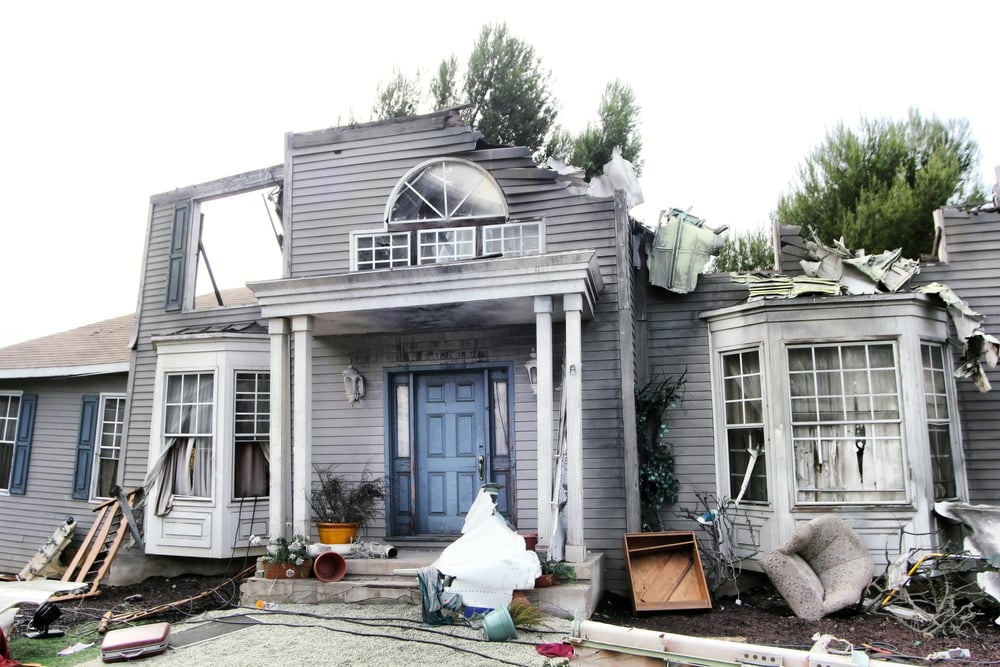 Don’t you think we should all get natural disaster relief after the year we’ve had? If you made it through 2020, you deserve it. Just label the whole year a disaster and give everyone the tax year off.

Since that is highly unlikely to happen, the good news is that those who truly have experienced a natural disaster can qualify for tax relief. There are plenty of examples of how 2020 has treated parts of the United States, giving you a chance to learn how to protect your tax documents in the future. We will go over the special rules and allowances for disaster victims, including who is covered.

Who Can Get Tax Relief for Natural Disasters?

The IRS says anyone who had tax records located in a federally designated disaster area is considered an affected taxpayer. If this includes you, then you are eligible for special benefits. An affected taxpayer can be an individual, a business, a sole proprietor, or an S-Corporation shareholder.

If you want to learn about any natural disaster declaration, the IRS keeps a handy list.

An affected taxpayer may be eligible for special treatment under the IRS rules.

For one thing, you get free access to your retirement accounts. By that, the IRS means they increased the limit you can borrow from a qualified employer retirement plan or IRA, and you won’t have to pay the 10% penalty for early withdrawal.

If you use the money to purchase or remodel your home, you can put the money back into your account without paying additional fees. Just be sure you pay it back by the due date given.

You may have the chance to claim your losses on the tax return for the previous year, then get your refund quicker. The IRS simply asks for an amended return from those in a federally declared disaster.

In a typical tax year, filing for an extension on April 15 gets you an additional six months to get your taxes filed. That puts you in October. However, in the event of hurricanes, which often strike in early fall, or wildfires that occur during your extension, your filing date could get pushed to January of the next year.

You still owe any penalties on payments due in April, but you won’t get hit by a failure to file penalty. Often the due date on estimated taxes for the quarters after a disaster is extended, too. In business, payroll and excise taxes are sometimes put off as well.

Check with the IRS. You may qualify to use last year’s income for your Earned Income tax credits or child tax credit on this year's return. The government hopes it will help you get a little income if you lost a job due to the disaster.

The Big One - Casualty Loss Deduction

You may be able to deduct damage losses to your personal home. There are some caveats: you have to subtract $100 from the amount of damage done and then reduce your adjusted gross income downward by 10%.

Also, you can only deduct what your insurance didn’t cover. Keep every receipt and documentation related to the damage and repair. Don’t forget to provide evidence the natural disaster caused the loss. The IRS expects proof.

Even if you aren’t an affected taxpayer, you could get a slightly bigger break on your taxes from giving to or volunteering for a qualified charity working a natural disaster. Tax laws change, but in 2017, the IRS eliminated the charitable contribution limitations as long as you gave to a qualified charity.

Typically, an individual can deduct only half of his or her gross income for charitable deductions.

If you volunteer or send supplies to victims of natural disasters, you can deduct mileage, parking, or shipping you undertook for your volunteer work.

Now, how do you take care of yourself in the future?

Protecting Tax Documents and Proof of Damage in a Natural Disaster

Suffice it to say that the IRS doesn't take your word for anything. No matter what the disaster is or if your legal address was right in the middle of the area declared by the federal government as such, you still need to provide proof that your tax documents or property are toast.

Establish property values and damage with photos and videos. Keep all receipts and canceled checks to support your deduction claims. Make sure you have records from your insurance company and any government agencies that gave you assistance.

The IRS is going to want to see all of that.

For the future, you have some options to keep your documents safe in most circumstances:

We humans are not great about preparing for the future. We would prefer not to think anything bad will happen. But disasters surrounded the country this year.

Eleven of the 50 states and one territory were designated as a federal disaster area at some time during 2020.  Louisiana, California, Florida, Alabama, Oregon, Iowa, Utah, Michigan, South Carolina, Tennessee, Mississippi, and Puerto Rico all had declarations because of wildfires, hurricanes, severe storms, floods, and tornadoes, an earthquake, and one derecho (Iowa had an inland hurricane).

Hurricanes Laura, Sally, and Delta caused widespread damage, plus tornado relief was provided for parts of the South.

About 20% of the United States had some portion of land within a federally declared disaster. Take that as an encouragement to keep your records safe in case it happens near you.

If your property or records are damaged or missing, don’t waste any time letting the IRS know. Find out what your options are. If you have any questions, contact Top Tax Defenders. We are here to help.