Can I Go to Jail for Unfiled Taxes? 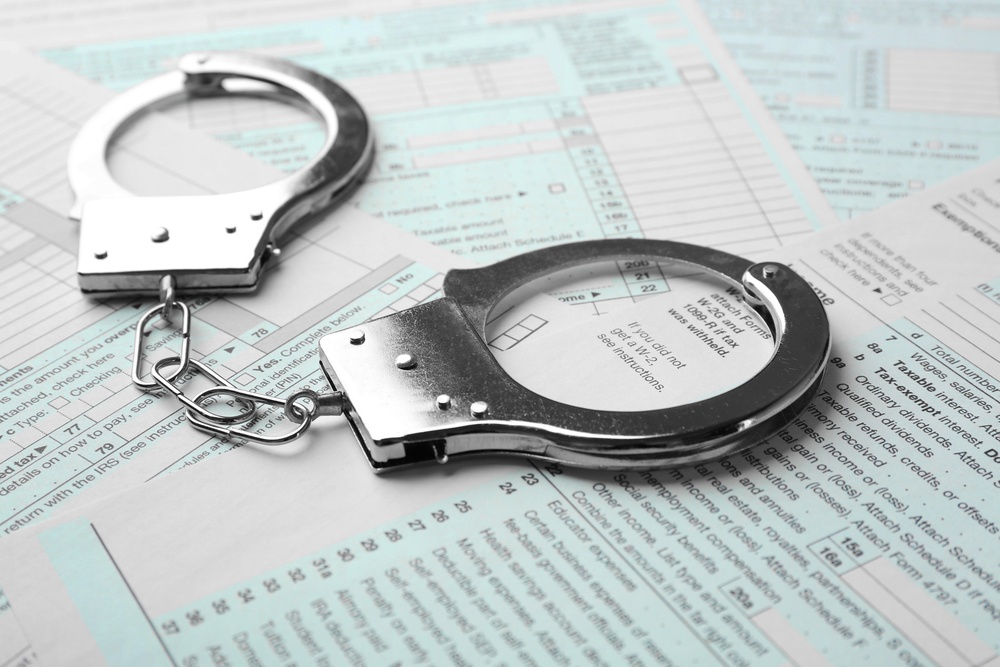 Failure to file and pay your taxes on time each year invites a host of penalties that can inflict long-lasting damages on your life and finances. Out of all of them, you might fear going to jail the most.

In reality, jail time is a rare but entirely possible consequence of not filing and paying what you owe to the IRS. You can avoid this harshest of penalties by knowing in what cases the IRS will jail a taxpayer and what steps to take to remedy your delinquent tax situation.

Reasons the IRS Will Imprison Taxpayers

The IRS realistically does not want to imprison taxpayers who are behind on their taxes or cannot pay what they owe. Instead, they reserve this severe punishment for the most extraordinary cases of criminal taxpayer behavior.

Primarily, the IRS will recommend jail time for people who commit the crime of tax evasion. Tax evasion is defined as any action taken to evade the assessment of federal or state taxes. It is a federal crime for which you can receive up to five years in prison for each offense of which you are convicted.

Further, if you are caught helping someone evade paying taxes, you can also be arrested and charged with this crime. Even if the taxes do not belong to you, you still could face jail time for assisting someone carry out this federal offense. The typical sentence for helping someone commit tax evasion is three to five years.

With this in mind, you should also remember that the statute of limitations for tax evasion and failure to file can last as long as six years. Further, it does not start in most cases until you actually file the missing returns. This statute of limitations can follow you for years even as you are trying to remedy the situation and avoid going to jail for unfiled taxes or paying what you owe to the IRS.

Other Penalties for Delinquent Taxes and Missing Returns

The IRS will not imprison people if they cannot pay what they owe to the IRS. They realize that some taxpayers cannot help their financial situations and not having enough money to pay their tax debts in full.

These individuals might not earn enough money or have assets that are valuable enough to liquidate and use to settle their IRS accounts. Putting them in jail would not be an effective way to get people with limited financial means to pay what they owe.

Still, rather than seek jail time for people who cannot pay their tax debts, the IRS will utilize penalties as an incentive to get people to settle their accounts as quickly as possible. The main way it accomplishes this is by inflicting a penalty of five percent of what a taxpayer owes for each month the debt is delinquent. This penalty can reach a maximum of 25 percent on the owed amount.

Further, taxpayers who file 60 days late or more face a minimum penalty of $205 or 100 percent of the total tax debt. This additional money being charged on top of what they owe can make paying off a tax debt expensive and time consuming. To avoid these penalties, taxpayers are advised to file their returns on time and pay off their accounts immediately.

Even with these penalties, some people still cannot pay what they owe to the IRS. They then face the likelihood of their tax returns being levied and seized.

If they are owed a significant refund because of the Earned Income Tax Credit or EITC, they more than likely will not see that money until it has been applied to their debt. If there is any money left over after the tax debt has been paid, it will then be sent to the taxpayer.

The IRS may use other collection efforts to recoup what a delinquent taxpayer owes including:

These actions will continue until the tax debt is paid in full.

Finally, when you owe have unfiled tax returns, you may find it difficult to carry out other financial or legal transactions. For example, you may not be able to file for Chapter 7 or 13 bankruptcy without having the last two years' worth of returns filed. Further, you may be turned down for student, business, or personal loans, or a mortgage if you are late on tax returns.

Resolving Your Unfiled and Unpaid Taxes

You have a number of different options available to you for unfiled tax returns and unpaid taxes. You may not know what option to take advantage of when you are late on tax returns, however. In this instance, it may be best for you to hire a tax professional who can advise and assist you in getting caught up with the IRS.

You can also use Form 656 to request an Offer in Compromise, which is used when you have unfiled tax returns with a debt that you cannot realistically pay off anytime soon. An OIC lets you make an offer to settle your tax debt for less than what you actually owe. The IRS may agree on the settlement if it reflects what you earn and what assets you have that can be sold off to put toward your total tax debt.

The IRS reserves jail time for people who purposely evade filing and paying taxes. Even if you do not commit this federal offense, you still could face other actions taken by the IRS to compel you to pay what you owe. You can avoid collection activities like garnishments and bank levies by requesting an Offer in Compromise or installment agreement to deal with your unfiled taxes.