Can You Be Fired for Wage Garnishment?

Wage garnishment is used to collect seriously delinquent obligations by deducting a percentage of earnings directly from an employee's paycheck. If you're facing a wage garnishment, it's important that you find out exactly what your rights are, so that you can protect yourself and prepare for any life changes that may occur if you are fired for wage garnishment. 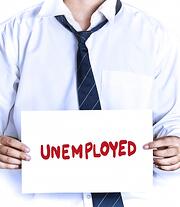 What Are Your Rights during Wage Garnishment?

It's also important to note that the 25% wage garnishment limit is a federal protection only. In some states, state law can override this limit and allow a higher amount of your wages to be garnished. For example, in the state of Texas, up to 50 percent of your wages can be garnished if you owe back child support.

If you incur more than one wage garnishment, this protection no longer exists and your employer may be able to fire you. This also applies if you receive a second wage garnishment from the same collecting agency. Even if you are allowed to keep your job, your employer has to be informed about the garnishment process and this can negatively impact your reputation at work.