The IRS imposes two common tax penalties on taxpayers who fail to file their tax returns or fail to pay their tax liability. Depending on the circumstances, some taxpayers may actually be subject to both penalties, significantly increasing their tax bill. However, simply failing to submit a tax return does not necessarily mean that a taxpayer will have to pay a tax penalty. Much depends on whether the taxpayer owes an additional balance due to the IRS. 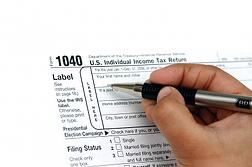 What is the Failure to File Penalty?

As its name suggests, the failure to file penalty is imposed when a taxpayer does not submit his or her federal income tax return, along with all applicable schedules, by the filing deadline. Many people assume that the tax deadline is April 15 of every year, but in some years, the deadline may be extended by a couple of days. However, regardless of the actual date, the IRS requires that all returns by either submitted or postmarked by the filing deadline in order to avoid being classified as a late filing. For every month that the tax return is late, the agency adds a five percent penalty on to the amount of tax owed, up to 25 percent of the total tax bill.

However, all taxpayers who submit late tax returns are not subject to the failure to file penalty. Taxpayers who are entitled to a refund have an additional 60-day window to file their return after the deadline before they have to pay a failure to file penalty. For those who file after this 60-day period, the agency stipulates a flat penalty of $135, which can be deducted from their refund. Those who are entitled to a refund must file their return within three years to receive their refund amount.

What is the Failure to Pay Penalty?

The IRS imposes strict penalties for those who fail to submit their returns or pay their taxes on time each year. Filing a return on time and making an arrangement to repay a tax debt in a timely manner can help taxpayers avoid facing these penalties.